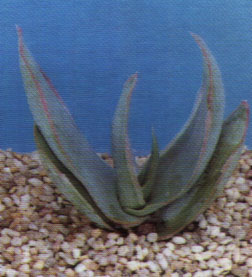 A great part of succulent plants can endure low temperatures, even below 5°C, but if were growing them in a harsh climate we must avoid watering. For a balanced development, it is best to position the the Candelabra aloe in a place where it is exposed to at least a few hours of direct sunlight.The Candelabra aloe needs a minimum temperature superior to 15°C, during this time of the year it is best to check the night temperatures before setting it outside.


Fertilization Candelabra aloe
During the beautiful season its good to enrich the soil of our succulent plants; we advise using a fertilizer rich in potassium and phosphorous, but poor in nitrogen, because this chemical element doesnt help the development of succulent plants, making them too soft and full of water.

Generalities Candelabra aloe
Growing they develop a round-shape shrub. The Candelabra aloe is a succulent plant. This plant in the spring, summer, autumn, winter assumes a red colouring; it is large in size and can reach 2 m high. It keeps its leaves in the winter.

We suggest watering these plants only from time to time, but we must remember to wet the soil deeply using 1-2 glasses of water every 4-5 weeks . Succulent plants can also endure long periods of time without watering; usually as the climate gets colder they need less water, while during the summer months they should be watered abundantly .

Treatments Candelabra aloe
The spring weather, with a high temperature swing between the day and night hours, and pretty frequent rains, can favour the development of fungus diseases, which should be treated pre-emptively with a systemic fungicide, to use before the gems grow excessively; at the end of the winter we also suggest a wide range insecticide to prevent the attack of aphids and cochineals. We should always remember to do these treatments when there aren't flowerings in the garden.

Soil Candelabra aloe
These succulent plants need to be located in an accentuated and drained substratum. We suggest repotting every 2-3 years.

Notes - Candelabra aloe
Seeing the quite contained development its possible to grow these plants in a container. The indications given in this article are related to a medium size plant.